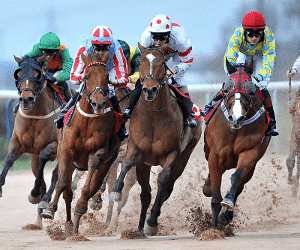 Although sports betting has been pretty poor in recent days across the sporting globe, horse racing from Australia will continue behind closed doors on Tuesday with meetings from the likes of Rockhampton, Ballarat, and Nowra.

With a hectic Australian schedule getting underway on Tuesday morning here in the UK, we have searched far and wide from courses across the country to find you a couple of noteworthy tips that can boost your midweek flutter.

For our first tip of the day, we turn our attention to Callaghan Park and the Class 6 Plate (1300 METRES). Enjoying what has been a scintillating campaign so far, there is no doubt that everyone around Rockhampton will be keeping their eyes on the locally-trained ABSOLUT ARTIE.

Trained by Central Queensland’s Ricky Vale, he is enjoying a standout year, despite fading late and eventually finishing third over the same length at Mackay last month. However, winning five of his seven races during the 2019/2020 calendar, owner Artie Schiller will also be more than aware of ABSOLUT ARTIE’s glittering record at Callaghan Park. Including victory over 900m on his home ground back in February, he has won each of his last four consecutive races at Rockhampton and has only failed to come out on top just once.

While HEYINGTON (5/1 @ Betfair) might be a strong finisher and also securing his own victory last time out at Rockhampton, we’re backing Vale’s favourite to extend on his glittering record on the Capricorn Coast.

Turning our attention to Scone and the “Horse Capital of Australia”, Nathan Doyle-trained STRAWB will be looking to extend on what has been a scintillating purple patch in the 58 Handicap (1400 METRES) on Tuesday.

Arguably the Tip of the Day across all of Australia’s race meetings, she shocked the bookies by winning at huge odds at this very course two weeks ago in a BM58 for fillies and mares over 1300m. Despite a nightmare start and settling four lengths last, some 15 lengths from the leaders, STRAWB produced a magnificent final 300m to secure victory by two lengths. Securing victory over 1300m by defeating Belle Of Portugal carrying 57.5kg in her last appearance in Perth, there is no doubt that Doyle’s pick should be too hard to stop on Tuesday morning.

Elsewhere, one outside shout who should be looking to place in the top-three is trainer Rodney Baily’s DARMASUN. Battling to finish fifth on a heavy track at Taree and just 1.9 lengths behind Maid Marilyn, DARMASUN is pencilled in at 11/4 with William Hill to place at Scone.

See List of Enhanced Odds & Price Boosts for Football & Other Sports
Free BetsNew UK BookiesExclusiveBookmakers
Do you think this content is good? Share it with your friends. Thanks!
Read More

Mecca
Bingo Review
Visit
if it's free, we got it