Putting in a torrid display at Bramall Lane in midweek, Tottenham know that nothing short of three points will help their fading European ambitions when they welcome Everton to North London on Monday night.

Hit with a 3-1 defeat against Premier League returners Sheffield United on Thursday evening and continuing to show some glaring issues either side of the break, Spurs have dropped down to ninth in the standings and the mood in their camp remains incredibly fragile.

On the flip side, picking up a 2-1 win at home against Champions League chasers Leicester in midweek, Everton have now landed back-to-back victories and are unbeaten in the top-flight since making their return from the enforced break.

In a contest between two European outsiders, you might be interested to know that along with the two sides playing out a 1-1 draw earlier in the season, Everton and Spurs have now played out back-to-back stalemates.

A similar outcome in North London on Monday night can be found priced at 5/2 with Paddy Power.

Despite picking up a 2-0 win against relegation scrappers and London rivals West Ham last month, Spurs were back at their worst on Thursday evening amidst more VAR controversy.

Eventually hit with a 3-1 defeat away at Bramall Lane and now holding just a one-point buffer from dropping out of the top-half, Tottenham have still failed to find their feet under Head Coach Jose Mourinho.

Including crashing out of the Champions League in a 4-0 aggregate drumming against German outfit RB Leipzig prior to the break, Monday’s hosts have now remarkably managed to land just a sole win in their last nine matchups across all formats.

Even more worrying for ‘The Special One’, he has already lost more Premier League games as Tottenham manager than he did in his first two seasons with Chelsea.

Despite showing a string of glaring issues at the back, Mourinho would have been glad to see Harry Kane extend on his tally in Sheffield.

While his future in North London remains unclear, Spurs’ MVP has bagged back-to-back Premier League strikes since returning to action. You might be interested to know Kane can be found priced at 6/5 with Ladbrokes to make it in three in three on Monday night.

European charge for the Toffees?

Picking up what many felt was a deserved 2-1 win against top-four Leicester on Wednesday evening, the mood around Goodison Park appears to be on the rise.

With new boss Carlo Ancelotti still believing that his side can secure a return to the Europa League this summer, the Toffees are unbeaten since returning to action and will be smelling an upset on Monday.

Doing another impressive job of leading the line and bagging the opening goal earlier in the week, Richarlison has reportedly shrugged off an ankle injury that saw him limp off in midweek.

Forming an eye-catching partnership with fellow starlet Dominic Calver-Lewin, the 23-year-old ended his baron run against the Foxes in midweek and has continued to impress in the blue half of Merseyside.

Bagging 13 strikes so far this season, he has already recorded Premier League goals away at the likes of Manchester City, Arsenal, Leicester and Liverpool during the 2019/2020 campaign.

In fact, since the start of last season, Neymar (28) is the only Brazilian player with more goals than Richarlison (24) in the top five European leagues.

You might be interested to know that the former Watford man can be found priced at 15/8 with William Hill to bag another strike in the capital on Monday night.

See List of Enhanced Odds & Price Boosts for Football & Other Sports
Free BetsNew UK BookiesExclusiveBookmakers
Do you think this content is good? Share it with your friends. Thanks! 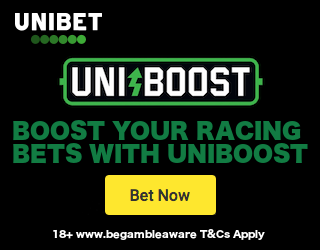 OnlineCasinoLondon
Up to 500 Free Spins
500FS